The emerging technology of GPT-4 has the potential to revolutionize the field of AI and ML development. GPT-4 will be the fourth generation of an AI technology called GPT, or "generative pre-trained transformer." GPT is a neural network machine learning (ML) model trained using internet data that is designed to generate human-like text. GPT-4 is believed to be similar to GPT-3, but it will be more accurate and can handle more complex tasks. GPT-4 has potential implications for businesses, especially those that rely on natural language processing (NLP) and text generation. For example, GPT-4 could be used to improve chatbots, automated customer service systems, and content generation tools. Overall, the currently available information about GPT-4 highlights that it appears to be a powerful tool that has the potential to revolutionize how businesses use NLP and text generation. However, as with any new technology, some risks need to be considered. Businesses should closely monitor the development of GPT-4 and consider how it could be used to benefit their operations. 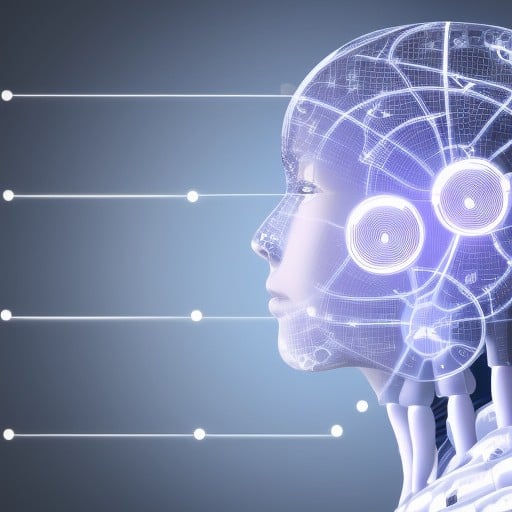 What is Artificial Intelligence (AI)?

Artificial Intelligence is a branch of computer science that deals with the creation of intelligent machines that can work and react like humans. "In its simplest form, artificial intelligence is a field that combines computer science and robust datasets to enable problem-solving." AI is based on the idea that human intelligence can be divided into smaller parts or modules, and each module can be simulated by a machine. AI research deals with the design and development of these modules. Artificial intelligence was first proposed by Alan Turing in 1950, and since then AI has made significant progress. Today, AI is used in a variety of tasks, including facial recognition, pattern recognition, and natural language processing, and includes the sub-fields of machine learning and deep learning. Artificial intelligence can improve our lives in many ways, and it is one of the most exciting fields of research today.

What is Machine Learning?

Machine learning (ML) is a process of teaching computers to learn from data, without being explicitly programmed. Machine learning is a field of computer science that began with the goal of creating intelligent algorithms that could learn from and make predictions on data. This process of learning from data is similar to the way humans learn. In supervised learning, the computer is given a set of training data, which includes both the input data (such as features or variables) and the desired output ( such as labels). The goal is for the computer to learn a general rule that can be used to predict the output for new data. In unsupervised learning, the computer is given only the input data, without any desired output. The goal is for the computer to find patterns or features in the data. Machine learning is used in a variety of applications, such as recommendations, facial recognition, and fraud detection. Machine learning is a rapidly growing field with immense potential. As more and more data becomes available, machine learning will become increasingly important in making sense of this data and extracting insights from it. Yet, we could run out of data to train these more sophisticated models researchers are building as they require more high-quality text to train them. 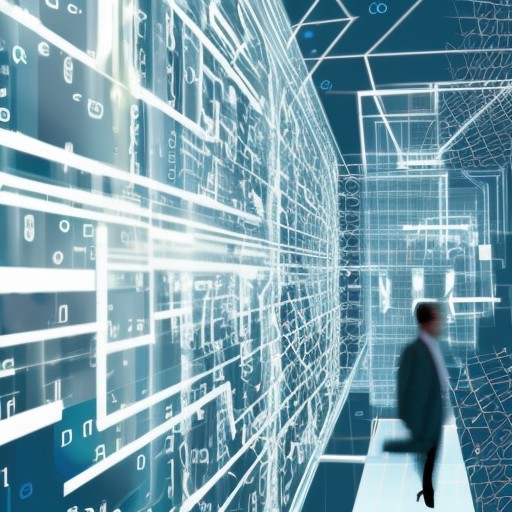 What is GPT-4 and Why Is It Important?

GPT-4 is a model that, it is assumed, will be provided by OpenAI, with expectations that it will be released in early 2023 (this is still unconfirmed). However, given Microsoft's investment and licensing agreements, it could further develop GPT-3 into a GPT-4 model that it won't make accessible to others or embed GPT-3 capabilities into its products in ways that competitors can't match. Yet, GPT-4 is expected to be a major upgrade from the GPT-3 version which was released in 2020. GPT-3 itself was a performance improvement from GPT-2. GPT-3 offered a model with over 175 billion machine-learning parameters. Further, it is believed that GPT-4 has been designed to be more accurate and efficient than GPT-3 helping researchers develop more accurate and efficient AI models.

With language models, such as GPT-4, they will start to become aware of the visual world. Text alone can express a great deal of information about the world, but it is still incomplete. The next generation of these large language models will be capable of editing and generating images in response to text input, and they should then understand the text better because of the various images. Thus, with GPT-4, developers will be able to create more realistic and believable AI models, hopefully leading to more widespread adoption of AI technology in the future. Additionally, GPT-4 could also help to improve the accuracy of predictions made by machine learning algorithms. It is expected that "GPT-4 will be much better at inferring users' intentions." As a result, the potential implications of GPT-4 are significant and far-reaching. Ultimately, GPT-4 will be a valuable research tool that can help researchers to develop better AI models.

How Does GPT-4 Relate to AI and ML?

Artificial intelligence (AI) and machine learning (ML) are two of the hottest, emerging topics in the technology world today. And for good reason. These technologies have the potential to revolutionize the way we live and work. One of the most exciting examples of AI is GPT-3, a system that can generate human-like text. GPT-4 will be the latest version of this system, and it's expected to be even more impressive than its predecessor. 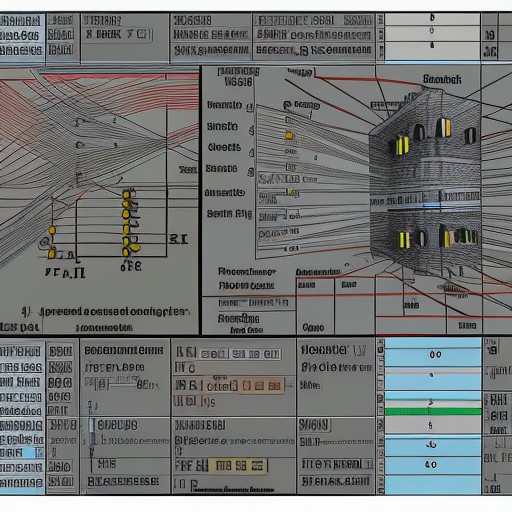 What Will GPT-4 Mean for Business?

The emerging technology of GPT-4 has the potential to revolutionize the field of AI and ML development. GPT-4 could be a powerful new tool that allows machines to learn from data more effectively and efficiently than ever before. With GPT-4, developers may be able to create more realistic and believable AI models, which could lead to more widespread adoption of AI technology in the future. Additionally, GPT-4 could also help to improve the accuracy of predictions made by machine learning algorithms. As a result, the potential implications of GPT-4 are significant and far-reaching.

GPT-3 AI systems could create text for a wide range of purposes from full-length articles, to poetry, to stories, and dialogue. Other examples of use cases for GPT-3 include Excel functions generated and role-playing game conversational systems. Businesses received benefits such as less time required for day-to-day content creation, and the possibility of creating very difficult copy, such as essays and full-text articles. GPT-3 applications "would work alongside humans and wouldn't just help to get faster at writing code, or crafting better emails, but will also help people get better ideas by providing suggestions."

GPT-4 would be the fourth generation of OpenAI's GPT (generative pre-trained) models. Unveiled in early 2019, it is considered to be one of the most significant advancements in artificial intelligence (AI) and machine learning (ML). It is anticipated that the GPT-4 model will generate realistic and fluent text on a variety of topics, making it an even more powerful tool for businesses that require content creation. For example, GPT-4 can be used to generate product descriptions, blog posts, or even marketing copy. The potential applications of GPT-4 are vast, and as the technology continues to develop, businesses will need to stay ahead of the curve to stay competitive.

So, what is artificial intelligence (AI)? AI can be defined as a field of computer science that focuses on the creation of intelligent agents, which are systems that can reason, learn, and act autonomously. In other words, AI enables machines to do things that ordinarily require human intelligence, such as understanding natural language and recognizing objects in images. Machine learning (ML), which is a subset of AI, is concerned with teaching computers to learn from data without being explicitly programmed. GPT-4 is an important development in machine learning because it allows machines to learn more effectively and at a faster pace than ever before. This has implications for the future of AI and ML development, as well as for businesses looking to leverage these technologies.

If you’re interested in learning more about GPT-4 or want to start preparing for the impact it will have on your organization, there are plenty of resources available online. Start educating yourself now about the emerging technologies that will shape the future of businesses so you can stay ahead of the curve. Only time will tell what ultimate impact this emerging technology will have on the future of AI and ML development and on the impact of business operations.

How does GPT-4 work?

GPT-4 works by using a technique called "generative adversarial learning." This involves two neural networks competing against each other in order to generate better results. The first network, known as the "generator," is responsible for creating texts, while the second network, known as the "discriminator," is responsible for identifying whether or not the texts generated by the generator are authentic. Over time, GPT-4 becomes better at generating realistic text by learning from the feedback of the discriminator.

What could be the benefits of GPT-4 for businesses?

While it is anticipated that there will be multiple benefits of GPT-4, perhaps the most significant is that it will allow businesses to generate realistic and fluent text on a variety of topics. This will make GPT-4 an even more indispensable tool for content marketing and other content-related endeavors. Additionally, GPT-4 could be an important development in machine learning because it will allow machines to learn more effectively and at a faster pace than ever before.

What are some potential applications of GPT-4?

Some potential applications of GPT-4 include:

What is Quantum Computing and What Does It Mean for the Future?

Introduction Quantum computing is an emerging technology that has the potential to change the world...

Introduction to Machine Learning Chances are, you've heard of artificial intelligence (AI) and...

The Importance of an Online Community for Business Students

Introduction In today's business world, online communities are more important than ever. A well-run...