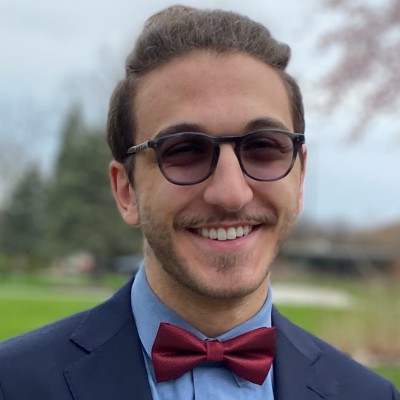 Detroit is quickly growing into the innovative, creative and inspiring hub it once was. With a background in manufacturing and engineering, Detroit is developing a brand-new ecosystem for startups and venture capital firms to prosper. The city’s prominent logistics infrastructure and Michigan tough motivation have created a space for entrepreneurs and thinkers to build their dreams and Agency M-1 is here to make an support those dreams in the metro community and create a pipline of Wayne State Univeristy students.

Detroit is an amazing city to start a business. A study from the Michigan Venture Capital Association in 2017 showed that about 62 million dollars was given to 14 Detroit based startup companies and over 40% of the funds were donated to companies such as Quickly, Lunar Labs and Waymark, all technology-based startups. Venture capital firms invested more than $300 million in Michigan companies in 2017, $100 million more than 2016 and is ranked 20th nationally in funds given to startups and is expected to grow in 2018. (Henderson)

The Michigan Venture Capital Association study also presented additional reasons for the popularity in Detroit based startups and why young entrepreneurs are moving to our region. The cost of living within the city in 2017 was 27.1% lower than the national average, including housing, food, and healthcare. The average home price being 40K, is 80% lower than the national average. In addition, the average commute time for Detroiters is 23 minutes, which is 11% less than the national average, making it easier to get to work. The cost of living, affordable housing and low commute times all assist capital scarce entrepreneurs to live comfortably compared to many other states or major cities such as the Silicon Valley region where the average cost of an apartment is over $2,000 per month. In addition, the City of Detroit’s night and food life has grown. The city was recently listed as #13 on Zagat’s list of “26 Hottest Food Cities” in 2016 (2017 Detroit Entrepreneurial Study), and then remained on the list in 2017. Just recently, Lonely Planet, a popular travel guide publisher, named Detroit #2 on the best cities to visit on the globe.

Venture Capital in Michigan is continuing to grow with 12 firms raising new funds in Michigan, and $806 Million in planned funds to raise over the next year. The sense of optimism and excitement about the state of venture capital within Michigan is continuing to draw crowds. With 35 midwestern companies all being drawn into a pitch for equity capital at last year’s Michigan Growth Capital Symposium. “The conference attracted a record attendance of 530, which included angel investors, venture capitalists and service providers from around the state.” (Henderson). The venture capital ecosystem has continued to grow within the region with a variety of different firms focusing their area around the Detroit and Ann Arbor area. Maureen Miller Brosnan, the executive director of the nonprofit Ann Arbor-based Michigan Venture Capital Association said, “What we are seeing is a long-term vitality in the venture ecosystem.” (Henderson) She continues by explaining how firms are looking to expand their capital availability at every stage of a firm’s growth including seed, early stage and later stage.

Education and the Growth

With such a supportive entreprenrial ecosystem in the city, it's also important for organizations to keep a look out for talent for talent. Universities around the metro area are continuing to motivate students in careers based around entrepreneurship, innovation, technology and supply chain. The Wayne State, Mike Ilitch School of Business launched its entrepreneurship degree program in the winter 2018 semester and has already begun to create new and innovative technology through some of their courses. Entrepreneurship 5900, and Entrepreneurship 7800 are just two examples of courses where students have created products such as nanosensor technology for industrial gas detection, augmented reality technology for the telehealth market, and button2button, an innovative adaptive clothing closure system for people with disabilities. In complement to entrepreneurship, the Mike Illitch School of Business was ranked among the nation’s top 25 global supply chain universities. The university's supply chain curriculum involves topics such as logistics, quality management and purchasing. Each with their own case studies and concepts.

With a heavy background in supply chain, startups are able to utilize the knowledge of local students to further improve areas within their businesses such as logistics, purchasing and quality management. Wayne State students are exposed to, and are encouraged to participate in, a variety of different research opportunities that attempt to make a difference around the globe. Providing opportunities to study abroad in countries such as Brazil, Italy, England and China. Similar to Wayne State, the University of Michigan and Michigan State University both have more developed entrepreneurship programs with courses in digital product design, e-commerce, virtual reality and a variety of other technology-based courses to help students better prepare for the ever-growing technology industry. All three universities have created and facilitated courses to expose students to the rapidly evolving technology industry and have strived for its students to make an impact on local and global communities. Some notable student who have been exposed to these industries have included Dan Gilbert, founder of the Rock Family of Companies. David Barger, founder and CEO of JetBlue Airways. Jim Buckmaster, CEO of Craigslist. John Delorean, the automobile executive and designer for the famous “Delorean” vehicle. As well as Larry Page, the co-founder of google. With a variety of leaders and educators who have helped create our region’s talent pipeline, Detroit has a lot to look forward to as freshly educated students and leaders begin entering the technology sector.

This technology movement has begun to spread in to K-12 institutions and community centers around the region, immersing children in the technology industry before they graduate high school. One of the more popular community centers for children in the Detroit area is the Detroit Boxing Gym. The Detroit Boxing Gym Youth Program has been operating since 2007 and is involved in “...teaching kids in Detroit’s toughest neighborhoods valuable life lessons - inside and outside the classroom and the boxing ring…” (Detroit Youth Boxing and Educational Program). The best part about this program is that it is 100% free and provides tutoring, mentoring, enrichment, college and career readiness, and strong academic support as well as boxing and athletics for children ages 7-18. The program has a 100% high school graduation rate since its founding as is positive proof that talent lies within our youth, even before college. The Detroit Boxing Gym has partnered with many local technology and art institutions such as Rocket Fiber and TechShop Detroit to constantly expose neighborhood children to subjects involving science, technology, engineering, arts, and mathematics. These students get firsthand experience in projects involving programming, 3D printing, molding and electrical work. Presenting these students with opportunities to learn and explore fields that they may have felt were never accessible to them.

These science, technology, engineering, arts, and mathematics-based opportunities have also become more accessible for interested individuals outside of traditional educational institutions. Programs such as Shift_Up, TechTown, Grand Circus and Women Who Weld are all Detroit Based institutions that have created courses in programing, entrepreneurship, and art.

Detroit is a great place to start your business and Agency M-1 is here to make an support those dreams in the metro community and create a pipline of Wayne State Univeristy students. Learn more about Agency M-1 from the Agency M-1 CEO, Lesa Verbick, on her most recent blog post, "What is Agency M-1?".

Agency M – 1, a digital consultancy conceptualized, created, and is led by emerging professionals...

Student leaders and their inspiration