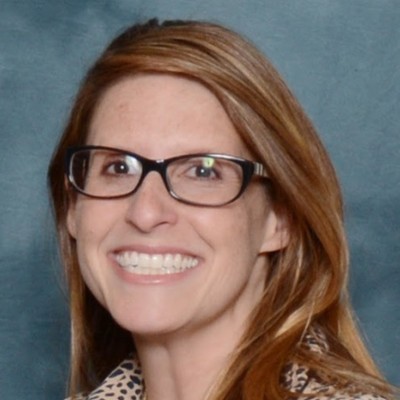 ISM 7505 focuses on a lot of tools available in HubSpot. One of the things that struck me in doing the certification classes was how much back end work would need to be done in order to have a successful CRM. Building and managing the data requires a team and teamwork. Collaboration is something that I find very interesting and begin thinking about how a HubSpot team would have to have very good communication and collaboration skills in order to be successful. One of the exercises that I find fascinating for teams to do is the marshmallow challenge. So what is the marshmallow challenge? Well it's where you get a group of people so if you have a team let's say is 12 big you would break that team into groups of three to four people. The teams are given supplies of one marshmallow, 20 sticks of spaghetti, 40 inches of string, 40 inches of sticky tape, and scissors. Teams are told that they have 18 minutes to complete the task of creating the highest freestanding tower that can support one whole marshmallow on the top. It has to be freestanding and the marshmallow has to be on the very top.

So why do the marshmallow challenge? Though I mean it does seem kind of silly like a room full of professionals putting together a tower of spaghetti with a marshmallow. Well it forces team members to work together in a time crunch and the nature of a way a team's collaboration works can be shown during this action exercise. So while the marshmallow challenge seems easy it's very hard for groups to do because it does force people to work together very quickly and it's harder to sort of jockey for power that you do in a traditional group setting. So which groups perform the best when they do the marshmallow marshmallow challenge? Well it I find this really funny. So recent business school graduates perform the worst when they do a marshmallow challenge; kindergartener graduates performed better than the business school students; and engineers build the high standing structures. They have that that skill set that does just allow them to do that and they understand the iterative process but I think it's also interesting that when you have a group of CEOs together and you have a group of CEOs that have their admins mixed in with them the group that has the admins mixed in with them perform better than just the group of CEOs. So why do kindergartners perform better? Because they're not looking to jockey for that power and a group dynamic business students have kind of been trained to look for the single best solution and kindergarteners are much better at building prototypes and practicing new ways. If you think about how they do lego legos and that didn't work so let me try this piece or let me try this piece they're much better at kind of keeping the process going instead of just trying to look at okay I'm going to do it this way and then put the thing on top the marshmallow on top. Kindergarteners look at more of it with the marshmallows almost always in the center of their process it's not that they're waiting they're not waiting till the very end of the exercise to put the marshmallow on top. Whereas business students typically are and the groups with the CEOs performed better because they have the the the staff members the admins that have the specialized skills of facilitation in a group dynamic those those people are able to help manage the process and increase the team's overall performance with those facilitation skills that they have. So what kind of helps increase success with the marshmallow challenge? Tom Wujec that runs this exercise a lot says that the marshmallow challenge shows how specialized skills coupled with facilitation skills increase project success and he also says that so let's say I give you a group of of three or four 20 year olds an incentive of a hundred dollars. Well if a group is given just that incentive it doesn't increase their success rate it doesn't allow them to perform any better but what Tom Wujec found is when he gave the group the same challenge a few months later they performed better because they had higher skills in understanding prototyping. So Tom says that this exercise helps you identify that incentives plus higher skill set also leads to success.

So when a team does do the marshmallow project the key learning points that they can take away from the activity are basic team processes including ideation, building consensus, and agreeing to objectives they will see the benefits of rapid prototyping and iteration and they will understand the importance of failing quickly and feeling well and reworking things and they will be able to appreciate and utilize their individual difference and skills. So I was just like I said when I looked at all of the different things that HubSpot does I was thinking about how you have to have staff members in place that have so many different types of specialized skills they have to be able to communicate with each other have those soft skills in order to make these campaigns and projects run smoothly and successfully.

A sample blog post is one that is targeted by students in a Master's level, Inbound marketing class...

What is the Utility of ISM 7505: Inbound Technology?

What is the utility of ISM 7505 beyond course credit and/or program requirement for someone who is...